The Ikiama Nukuri program is designed to eliminate all preventable deaths in pregnancy and childbirth of Achuar mothers and babies, and to improve community health by empowering Achuar women and communities with the tools needed to be their own agents of change.

Sharing Ikiama Nukuri with your community is a simple way to continue to improve community health in the Ecuadorian Amazon by empowering Achuar women and communities with the tools needed to be their own agents of change.

Since 2006, the Ikiama Nukuri program has been working in collaboration with the Achuar Nation of Ecuador to develop a model of addressing maternal, infant, and community health in a way that is culturally appropriate, empowering, and sustainable.

Ecuador’s Achuar population, nearing approximately 7,000 between the provinces of Pastaza and Morona-Santiago, resides in some of the most remote and hard to access primary rainforest in the country. Due large in part to both geographic and socio-economic limitations, access to healthcare both at the community and urban levels has been significantly limited for the Achuar people.

Our model of working with the Achuar is one that addresses all of these limitations by empowering Achuar women and their communities to reduce all preventable deaths in pregnancy, childbirth, and with newborns.

Working with Ecuador to Reduce Maternal and Neonatal Mortality

However, we hope to change this and lower maternal and neonatal mortality in Achuar territory with increasing success of our Ikiama Nukuri program and more engaged participation with local governments.

A Community Maternal Health Promoter visiting a family in the community of Sapaapentsa, one of the farthest and most remote Achuar communities.

Collaboration with One Heart World-Wide to Ensure Safe Births

Since 2012, Ikiama Nukuri has been collaborating with One Heart World-Wide, a world-renowned organization that has worked to reduce maternal and neonatal health in Nepal, Tibet, and Mexico.

Through this collaboration, Ikiama Nukuri has worked to successfully implement One Heart’s Network of Safety; a proven effective, sustainable, and replicable model that works with all stakeholders—families, communities, local and national governments—in the active engagement of reducing maternal and newborn death. The Network of Safety “raises awareness, teaches good practices, and distributes essential supplies to ensure that mothers and infants survive delivery and the first months of life.”

Workshop in Sharamentsa, incorporating women into the discussion of the Network of Safety for Safe Motherhood.

Empowering Achuar Women and Men Together to Unify Communities

We view that the most effective way to reduce maternal and infant mortality is by involving and engaging local communities, women, and men directly in the process of building local capacity. In addition, what is also essential to the success of this work is the respect and careful attention given to valuing cultural practices and processes. Women’s empowerment cannot be attained without a simultaneous empowerment of men. It is a direct partnership and commitment to work in solidarity with Achuar men that has worked to assure the success and expansion of Ikiama Nukuri into the greater part of Achuar territory.

Community Maternal Health Promoters of the community of Tsunkintsa with an expecting mother in one of their prenatal visits.

By mid 2015, Ikiama Nukuri trained 43 Community Maternal Health Promoters in conducting prenatal visits, early prevention and recognition of danger signs in pregnancy, developing emergency evacuation/referral to hospital plan, and postpartum follow-up. These 43 women are working to directly impact 54 of the 73 Achuar communities in the provinces of Pastaza and Morona-Santiago, reaching approximately 71% of the Achuar population (approximately 4,600 people).

By the end of 2015, Ikiama Nukuri will have trained another group of Community Maternal Health Promoters that will cover the remaining 19 communities and therefore reach 100% of the Achuar population.

Our approach to data collection and impact measurement is one that is participatory in nature. We teach each of the Community Maternal Health Promoters the importance of measuring impact; that through collecting information about the program, they are directly making visible the realities facing Achuar families and therefore essential in showing how the program is making an impact. By empowering these women with the tools needed to save lives and collect information, we are actively engaging communities as agents of their own transformation.

Thanks to the work of our Community Maternal Health Promoters, we now have a database of 270+ Achuar mothers who have been visited and cared for. Our team is hard at work at cleaning up and analyzing the database and we will have impact measurements dating back to 2013.

According to the Public Library of Science (PLoS), there is a strong connection between the practical use of safe birth kits and neonatal survival. In the study, which used a population sample of 19,754 home births, the use of a safe birth kit was associated with a 48% relative reduction in neonatal mortality.

Our kits contain the following:

We have translated Spanish and Achuar versions of the documentary film collaboration with the organization, Girls Thinking Global. The film, “The Heart of Everything—Jungle Mamas: Changemakers in the Amazon” features the origin story behind what made Ikiama Nukuri possible in addition to how the program is successfully working today to reach the entire Achuar population of Ecuador (approximately 7,000 people) by training Community Maternal Health Promoters.

These Community Maternal Health Promoters, some of whom are featured in the documentary, are the women who are on the frontlines, working to provide prenatal care, attend births, and provide postpartum follow-up; ultimately working to prevent maternal and neonatal deaths for families living in the most remote and hard-to-reach corners of the Ecuadorian Amazon.

Hear exclusive interviews from not only mothers who have been attended by Ikiama Nukuri promoters, but also the lasting and ground-breaking impact it has had on the Achuar men. It is through this collaboration, with Achuar men and women that Ikiama Nukuri has come to be accepted by almost the entire Achuar population.

Watch the documentary at the top of this page or learn more about it in this news post.

The Heart of Everything Documentary 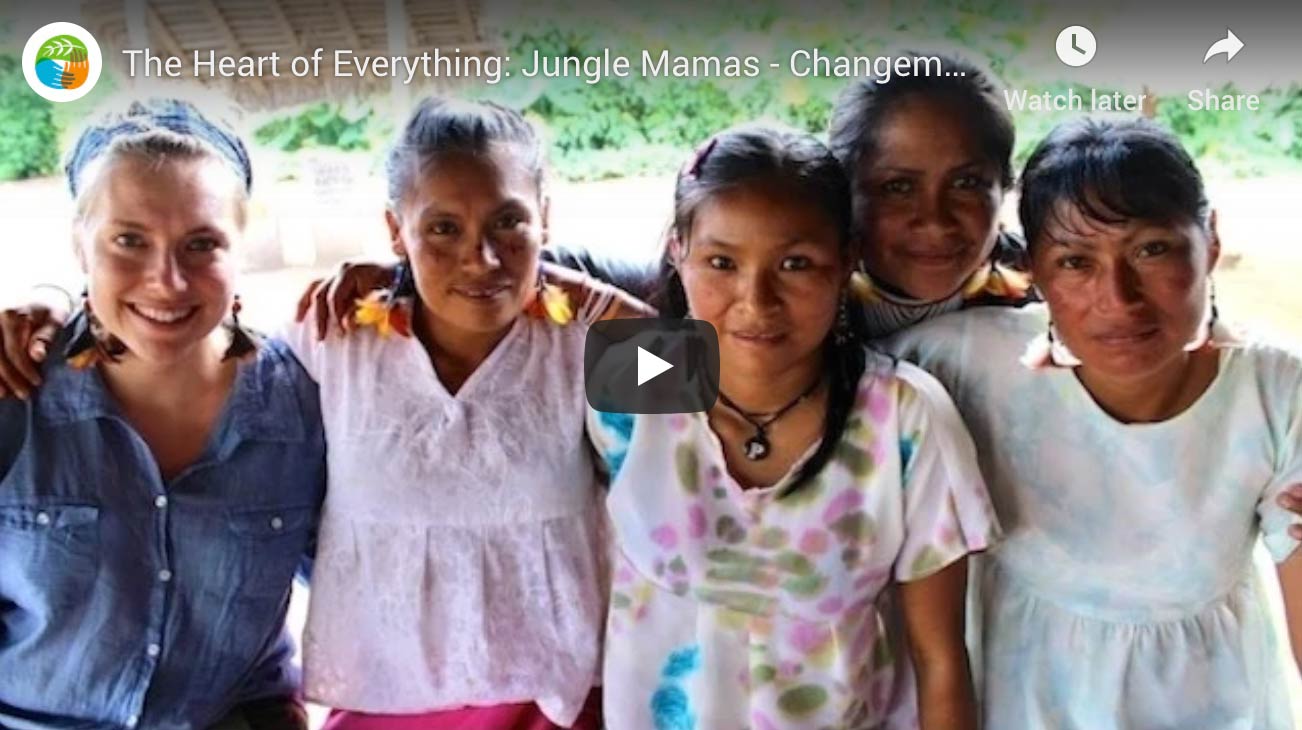 The Heart of Everything - Jungle Mamas: Changemakers in the Amazon is a documentary about our Ikiama Nukuri program to reduce maternal and neonatal death in Achuar territory.

Learn more about the documentary in this news post.